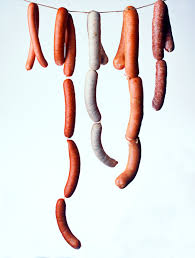 Uncle Jimmy needed a lot of a sausages.

So off he went to CostCo.

One look at Jimmy’s magic CostCo card, and the cash-and-carry greeted him like a long-lost friend.

Brilliant customer service. And exactly what Uncle Jimmy had come to expect from CostCo.

Except that he usually shops in their Canberra, Australia store. And this was Cardiff, Wales.

There are lots of ‘global brands’. We all see them, every time we travel: familiar neon logos beaming down at us, as if to say ‘that flight you just took halfway around the world? Well, that was kind of irrelevant’.

But not many of these global brands are genuinely global businesses. Not many of them can pull off what CostCo did for Uncle Jimmy.

Which is going to become a big problem for them. Borders, especially national ones, are increasingly seen as somewhat démodé by the world’s mobile elite.

There is a new tribe that glides effortlessly around the world. Its members move from London to Buenos Aires like their parents moved from Salford to Crewe. They’re the tribe that everyone wants to sell to.

And from the amount that brands spend on proudly demonstrating their ‘international presence’, you’d be forgiven for thinking that the tribe was more than catered for.

You’d think that these businesses would be bending over backwards to ensure seamlessness of approach, wherever valued ‘tribe members’ happened to tip up.

But they don’t. Ask anyone who has tried to set up an account in another country, with ‘their’ bank. Or deal with a utility company, with whom they thought they had some ‘good history’. Or a brand of car, or the insurers for that car. The list goes on.

There are, as ever, exceptions. But by and large, not only is the process of dealing with a supposedly familiar brand in an unfamiliar location tedious, sometimes a pre-existing relationship can prove an active hindrance.

Before the digital revolution, big brands got away with this. Largely because there was often no viable alternative for the consumer.

That simply isn’t the case anymore.

That’s why CostCo works hard to get it right. Others need to follow suit.

Because you don’t need to be buying a string of sausages to know that any chain is only ever as strong as its weakest link.