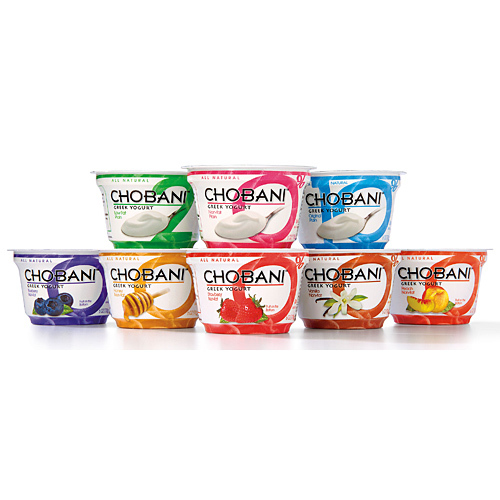 Social Justice is the new Corporate Responsibility – and That’s a Problem.

One word sums up the last month in American discourse: Divided. If you live in a major city, are generally socially progressive, or don’t care much for American politics, it might not be immediately apparent to you what the recent Supreme Court Decision on gay marriage means for people in the United States.

However, it’s worth paying attention – Obergefell v. Hodges, as it’s known to the legally minded, is a watershed moment for the American people, the LGBTQ community….and for brands everywhere.

Yes, that’s right, it matters for brands and I’m going to tell you why.

For every progressive American who hurried to take advantage of Facebook’s rainbow filter app, another distraught conservative posted about the death of federalism, Sodom and Gomorrah, and of course – bakeries.

Bakeries, you say? Indeed – bakeries, and other small businesses that have refused service to gay couples on account of their religious beliefs, have became the symbolic font line of the gay rights debate in recent years.

Moreover, refusal of service as an act of protest in the face of social change is not without precedent.   When a group of black men were refused service at a Woolworth’s department store food counter in 1960, non-violent response inspired region-wide sit-ins, with, at times, as many as 400 participants. The protest gained mass media attention, leaving an indelible mark in the history of the civil rights movement.

That food and service often become the symbolic warfront of identity politics is no surprise – money is supposed to be the great equalizer. If you can pay, you can play. And yet, history is riddled with examples of companies refusing to provide goods and services as a means of protest.

But why is it that the simple act of selling something (or not, as is often the case) can be understood as a powerful social statement?   Though we don’t often articulate it, whom you do business with says a lot about who you are – and this is why brands should be paying attention to the discourse around social justice and purpose.

How do brands navigate the culture wars, the identity politics? Do all brands benefit from advocacy and social purpose?

For brands like Absolut, the answer is clear – their long-time support of the gay community has offered a unique and believably authentic marketing proposition.   Sponsoring programs like RuPaul’s Drag Race made (and makes) sense for the ‘over-the-top’ party brand full of color.

Absolut is a fun, bright, potent, and affordable spirit that is often chosen precisely for its ability to power cocktails. If your product is indelibly linked to clubs, parties, and personality, it makes sense to court and support the larger than life personalities who are themselves closely linked to an important point-of-sale.

Absolut’s long and very visible support to the LGBTQ community extends beyond the wins and parades and into the battles and protests that made the Obergefell v. Hodges decision all the more sweet for its supporters.

There has been a tendency, however, in the last ten years of branding to push emotional equities to the forefront of strategy. Brands should make you feel something, the argument goes, and the stronger people feel about your product, the more likely they are to buy it.

This line of thinking has led to a growing absurdity in brand’s emotive claims. In an attempt to make people feel something, many brands have forgotten about their actual products, services, and businesses. Nowhere is this more obvious than when brands try to lay claim to emotive equity through social purpose.

Now, you can argue that controversy and publicity are always good things, but this fails to account for the seriousness with which many people (Americans, in this case) take the issue of visibility in the era of identity politics.

Chobani, for instance, has now been boycotted by One Million Moms – the same conservative group that once attacked JCPenney for hiring Ellen DeGeneres as a spokesperson – for their depiction of a lesbian couple post-romp.

The seeming lack of connection to the product or brand history left many LGBTQ and allies similarly unimpressed, asking – exactly whose ‘gaze’ is this for?

Whilst it’s unlikely the boycott will have any material impact on Chobani, what probably will happen is that Chobani will feel forced to take a more rigid stance on a social purpose platform than they may really be prepared for, or they’ll need to back pedal, and embarrassingly so.

Do ‘brand experts’ understand the real risk and benefit of commitment to social purpose?   Pandering is not brave; it’s disingenuous.

Brands should take their role as advocates as seriously. There are, indeed, true opportunities – but there are important risks to consider.

A rainbow is not a marketing ploy – it’s a comment on the state of the world, on people’s lives and livelihoods, and something that should be taken seriously.

Social purpose must be built into your brand, not appropriated for the sake of appearances.

You have to remember what it is you are actually offering, and it needs to be more than emotive – it needs to be functional. What does your brand do, and why is bringing visibility to a social cause important to your business? Like companies who jumped at the opportunity to build brand equity through corporate responsibility – authenticity, commitment, and long term thinking is the difference between laughable and powerful.

If we have learned anything from the last month, it should be that ‘divided’ can be an opportunity to differentiate – but if, and only if, the emotional and functional equities of your brand align to make you a true leader in the space. Empty appeals might not end with a boycott, but they might dilute your brand identity and diminish the significance of true social progress.

Melyn McKay is an American, a socio-cultural anthropologist with Monticello LLP, and a contributor to The Library of Progress.