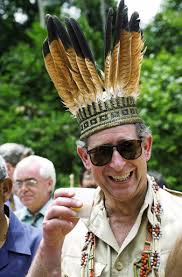 Internationalising Your Business: The Execution

I) The right offer, at the right time

Even when a corporation is in the ‘right’ markets, success is far from guaranteed. Products and services need to be appropriately calibrated, and offered in a way, and at a time, that makes sense to local consumers.

McDonalds, for example, having been an early proponent of the ‘lift-and-shift’ globalising approach described in our previous paper, has since invested heavily in adapting its menus to better suit local needs. Asian favorites now include Chicken SingaPorridge and Matcha McFlurry, whilst Spanish consumers can enjoy a gazpacho courtesy of the Golden Arches.

Moreover, and not just when it comes to food, size matters. A Japanese ‘large’ sweater, for example, is definitely not the same its counterpart in the United States. Corporations need to be aware of this as early in the cycle as the wholesale buying process, and as late as consumer labeling and customer service.

And whilst more and more of the world might be speaking English, people still want to buy in their own language. That necessitates native translations across the board. Additionally, it is always worth researching the appropriateness, or otherwise, of product names well in advance of market entry and serious investment commitment — a point that may sound obvious but one which Mitsubishi sensibly bore in mind when it renamed the ‘Pajero’ for Hispanic markets.

Furthermore, whilst e-commerce has in many respects reduced the barriers to entry to beyond-home-country growth, it can bring its own challenges. And they can be substantial.

When visiting a website, Chinese consumers, for example, like lots of information, up front and early on in their user journey (successful sites in China typically deliver almost twice as much information per 1,000 square pixels than their occidental equivalents), whereas Germans reward ease of navigation.

Moreover, one than one ecommerce venture has felt the wrath of a French consumer who is used to completing her surname first, followed by her first name. Europeans generally, of course, detest the American date system, where the month number precedes the day number. And, whilst it’s physically very small (and therefore easily overlooked), nothing looks more foreign than decimal places expressed by use of periods where there should be commas, or vice versa.

Or take payment: the Dutch expect to use iDEAL, the Chinese AliBaba and Union Pay. German consumers, meanwhile, expect to be invoiced. All of this can impact not just on front-end user experience and website design but also ‘back office’ and financial operations, not to mention cashflow.

Over and above all of this, and as elsewhere in life, timing is everything — and a truly internationalising approach takes every opportunity to get this right.

Seasonality might have become something of a trendy cliché in metropolitan restaurants, but in multiple markets seasonality and the seasons themselves can make all the difference. Local expectations and history, layered in over various festivals, holidays, climate and local savoir-faire can take foreign corporations by surprise — as much on the supply and distribution side as on the demand side.

For example, a British ‘Boxing Day Sale’ (slashed post-Christmas prices to accelerate stock clearance) would likely be ill-advised in Spain, where gifts are not routinely exchanged until 6 January, the Day of the Kings. By the same token, a joined-up and strategic distribution system will help avoid the need to sell, say, thermal blankets, at discounted ‘spring sale’ prices in Italy when, in Australia, winter is just beginning and demand is likely to peak.

Additionally, serious account must be taken of the ‘rhythm’ within which certain consumer groups live their lives. For example, a business that depended on, say, marketing its products to consumers in the 30 minutes prior to ‘lunchtime’ would need to be targeting its Central European audiences at a very different time to their counterparts living on the Iberian peninsula, or the East and West coasts of the US.

This is also true when managing customer support centres where peak staffing will be needed at different times for different places — the Japanese tend to shop online at home, late at night, whereas Britons tend to do it during the day, from their offices. Moreover, the appropriate channels for customer support differ from market to market: live chat and social media works especially well in certain areas, whereas other markets prefer phone or email.

II) The right marketing, in the right media

Marketing and packaging from the era of the globalising approach relied heavily on generic, lowest-common-denominator art direction (the picture that paints a thousand words) with very limited, sloganised copy, usually in the form of bold headlines with very limited translations. The ensuing campaign would then be run in local versions of the same media that had been successful in the home country. This is the business equivalent of Hollywood movies attempting to convince, for example, Lisboans that a small part of Universal Studios is, in fact, Portugal: the locals, even if they can’t articulate why, just ‘know’ that something is up, that a certain je ne sais quoi is lacking.

An internationalising approach develops marketing and packaging that flows from an overall creative platform that, from the outset, is built with beyond-home-country markets and cultures in mind. It can withstand and accommodate appropriately localised versioning whilst maintaining sufficient integrity in the overall brand.

Media can also prove dramatically different in beyond-home-country markets, and those taking an internationalising approach recognise that this requires special consideration, and not solely because of the levels of investment required. Different consumers in different markets are not only exposed to media in different places, according to how they lead their daily lives, but they also ‘see’ and, crucially, recall things with surprising degrees of variance.

Moreover, calculations around the likely Return on Investment need to be localised too. Germans, for example, are said to be harder to ‘convert’, but tend to be more loyal, than other nationalities; so a different equation needs to be developed than that which is used in, say, the United States.

When it comes to packaging, whilst European consumers play to certain stereotypes (Britons preferring conservative blacks, grays and blue, Italians and Greeks preferring a fresher, more upbeat palette), all have become accustomed to not being able to see through opaque containers and wrappers. Not so in Asia, where transparent packaging which reveals products and their quality is highly valued.

Delivering both the strategy and the execution that an internationalising approach requires is hard. But, for those corporations who plan and invest accordingly, the dividends will speak for themselves.

Le monde est leur huitre, as no one in France would ever say.

– this piece first kindly published by The Huffington Post

One thought on “Been Around The World, Don’t Speak The Language…”